You are reading: 15 Mind-Boggling Attractions From Around the World

Museums are always an interesting place to visit. They typically contain ancient artifacts, paintings by famous art masters and the technology that played a role in shaping our world. You usually walk out of a museum with a sense of awe and some new knowledge. If you travel a lot, you’ve probably been to some world-class museums, like the Louvre or the American Museum of Natural History. But sometimes, museums are strangely specific. Take, for example, the salt and pepper shaker museum. Who would have thought that such a thing actually exists? And it’s not the only odd museum out there. In fact, there are even more bizarre ones in existence—proving that, no matter how far out your interests are, you’re bound to find a museum that can capture your attention.

Each of these 15 museums will have you wondering who came up with the idea, how someone had the time to collect all the items and most importantly, why it’s even necessary.

When you break up with someone, what do you do with all the things they gave you or the things that remind you of them? Most of us would throw these items in the trash, but some people have decided to donate their memorabilia to the Museum of Broken Relationships. We can only imagine how depressing this museum must be.

Don’t expect to see just typical relationship objects (rings, love letters and teddy bears) in this museum. It contains strange objects such as a wooden watermelon, air sickness bags (donated by someone who was in a long-distance relationship) and even an axe (used by one partner to chop their cheating partner’s furniture). There is a story behind each object and they are usually relatable, sad, or funny.

The museum has two permanent locations—one in Los Angeles and one in Zagreb, Croatia. In the past, there have been traveling exhibitions, too.

No matter how strange the objects in a museum may be, there is one thing most museums have in common: they are located on dry ground. The Cancun Underwater Museum is different, though. It consists of over 500 life-sized sculptures (mostly of human figures), which also act as artificial reefs. To view the underwater sculptures, you may take a glass boat tour, jungle tour, snorkel or scuba dive. Not only is it a fun experience, but it’s beneficial to the environment, too. The museum was created as a way to draw people away from the coral reefs (which are in danger) and to support the growth of corals.

It contains a jar of pickled human skin, feet from a diabetic human, conjoined livers from Siamese twins and even a book bound in human skin. Yep, this attraction is definitely not for the faint of heart.

You may expect to see rows and rows of shoes in a store or a closet, but not in a museum! The Bata Shoe Museum is dedicated solely to shoes, though—from ancient Egyptian sandals to modern celebrity shoes. There are over one thousand shoes (from a collection of over 13,000) across four galleries.

Sonja Bata, one of the founders of the museum, had a shoe obsession that rivals even the most stylish of celebrities. She traveled the world looking for shoes and her personal collection grew so large, her family decided to open the Bata Shoe Museum Foundation in 1979. The foundation collected and researched footwear. Then, in 1995, the Bata Shoe Museum opened in downtown Toronto.

The last thing you’d expect to see on display at a museum are condoms. Yet, Thailand has an entire museum dedicated to them. It’s really not surprising, considering the country is home to a restaurant called Cabbages and Condoms and is actually the world’s largest producer of condoms.

The condom museum is located in the Thai Ministry of Health and its purpose is to create an awareness surrounding sexual protection. It contains condom awareness posters, condoms from various decades and even the equipment used to test condom strength. 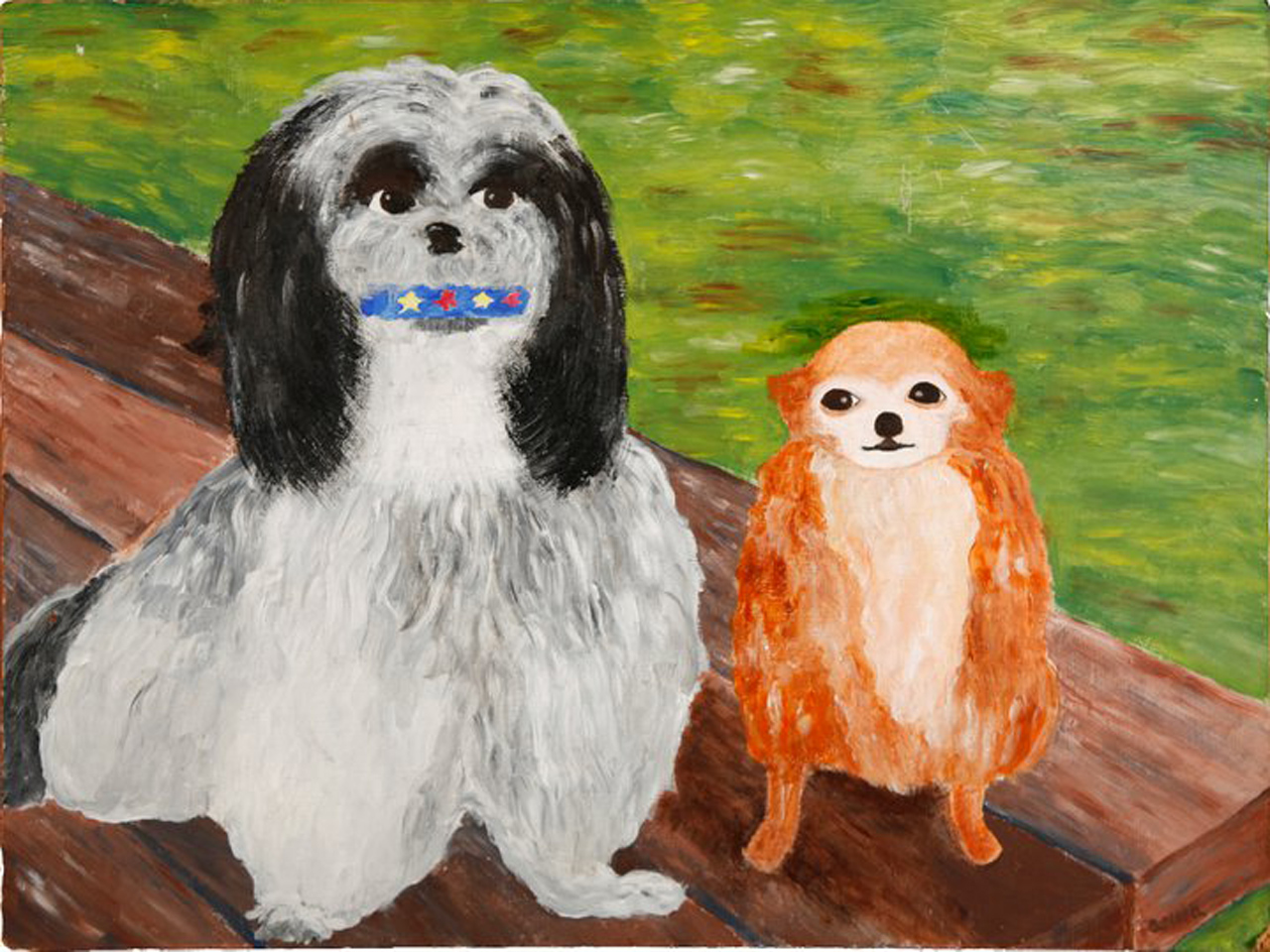 Most of us visit museums to see good art (for example, masterpieces by Monet, Van Gogh and Michelangelo), right? But, if you’re tired of seeing good art and want to see bad art for a change, you can.

At the Museum of Bad Art in Massachusetts, you can view art which would not willingly be displayed anywhere else. Though the collection is small, you’re guaranteed to let out a few laughs while visiting this unique museum. The best thing about this museum is that, unlike most of its counterparts, admission is free. Also, you might walk away with a better appreciation for your sixth grade papier-mâché art project.

Salt and pepper shakers—you see them every single time you sit down at a restaurant or even at your own dinner table. Salt and pepper is frankly essential if you want to avoid consuming flavourless mush whenever it’s placed on your plate. But, who knew someone would find salt and pepper shakers so interesting that they’d dedicate an entire museum to the common objects?

This weird museum in Tennessee contains over 20,000 sets of salt and pepper shakers from around the world. There are shakers in the likeness of the king and queen of Nepal, animals, popular cartoon characters and just about anything else you can imagine. When you think of college food, ramen is probably one of the first things to come to mind. That instant-noodle goodness allows financially deprived students to survive, year after year. And let’s face it, despite graduating from college many of us still find ourselves reaching for ramen when we need something quick, delicious and fulfilling. So, it’s only fitting that there is an entire museum dedicated to ramen, right? Right.

In this museum, you’ll learn about the inspiring story of Momofuku Ando, the man behind the noodles. You’ll also be able to see the huge variety of CUPNOODLES packages and learn about popular flavours and limited-edition products.

As kids, one of the things we looked forward to was choosing new school gear and supplies. This included a backpack, pencil case, folders, pencils and a lunch box. The latter was especially important. Every kid wanted their lunch box to be cool and represent who they are or what they’re interested in.

Lunch boxes started out in the 1920s as plain, metal carriers. Then, Disney—followed by other companies— allowed lunch box makers to use their iconic characters on the boxes. Interestingly, production of metal lunch boxes came to a halt in 1985, as parents complained they were being used as weapons by kids. The production resumed in 1998, though. Surprisingly, only 450 distinct character metal lunch boxes were created between 1951 and 1985. Allen Woodall, the operator of The Lunchbox Museum has collected all 450 of the rare, metal lunch boxes. He has also collected about 3,000 other ones, too! Head down to Georgia if you’re interested in seeing them!

We use toilets everyday, yet we don’t seem to know much about them. For example, do you know what a toilet from 2500 B.C. looked like? If you’re curious, you can always visit the Sulabh International Museum of Toilets in New Dehli.

The museum aims to educate its visitors on toilet etiquette, sanitation, and the development of technology. It has on display the gold toilet pots used by the Roman emperors and shows the changes brought about by the invention of the water closet (washroom). We’re sure that you’re all going to walk away with a deeper appreciation for how much our toilet game has evolved throughout history. We assume there’s perhaps an entire wing dedicated to the history of toilet paper too. As a society, we are always fascinated by the unknown. This can be seen by the sheer amount of movies, paintings and books that focuses on vampires and other legendary creatures. And now, there’s even a museum in Paris dedicated to the creatures of our imagination. It’s only here that you can find an anti-vampire protection kit, antique books, a mummified cat, Dracula toys and the autograph of nearly every actor who’s played Dracula in a movie. You’re sure to be fascinated by the stories of vampiric rituals and superstitions. Maybe you might bump into the prince of darkness himself while visiting the museum (we mean Dracula not Ozzy.) Bunnies are cute and all, but to have an entire museum dedicated to them? Well, that’s a bit strange. And yet, such a museum exists in California. Holding the Guinness World Record for the world’s largest bunny collection, the Bunny Museum (AKA the “hoppiest” place in the world) contains over 30,000 bunny-related items. It all began when Steve Lubanski gave Candace Frazee a plush bunny for Valentine’s Day (because she called him ‘Honey Bunny’). Since then, the couple has been presenting each other with bunnies for every special occasion.

Now, you may be wondering what kinds of bunny-related items there are in this odd museum. For now, there’s nothing horrific—bunny sculptures, toy bunnies and even some real bunnies. But, the owners plan on opening an exhibit called “The Chamber of Hop Horrors” to showcase the abuse of bunnies throughout time.

Parasites—they’re everywhere. If you eat undercooked meat or come into contact with contaminated water, you can get a parasitic infection. Although they’re pretty common, we don’t like to think about parasites and we especially don’t like to see what they look like. But, at the Meguro Parasitological Museum in Tokyo, you will see parasites…lots and lots of them. There’s the world’s longest tapeworm (at over eight meters long) and about 45,000 other specimens. If you don’t think you can handle it, you can always stay on the ground floor, which has pictures and image displays only. Be prepared to be thoroughly disgusted by some of the displays. The only place we should ever see hair is on our heads or on the floor while we’re getting a haircut. The founder of the Avanos Hair Museum disagrees, though.

Before there was an epic collection of hair, there was just a pottery center and guesthouse. One of the local potters was given a lock of hair by his friend, as a reminder of her. He put it up on the wall and since then, other women started leaving pieces of their hair too. The collection grew so large (around 16,000 pieces) that now it holds a Guinness World Record. Visitors are encouraged to leave a lock of hair behind, as well. If you do, you may be selected to stay in the guesthouse and attend pottery workshops free of cost. 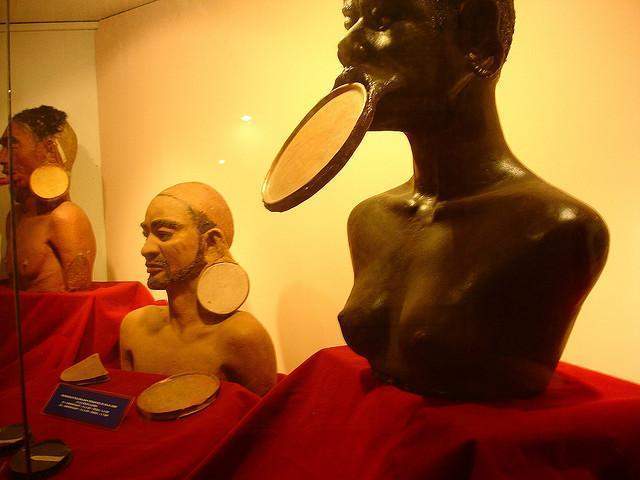 Beauty is subjective and if you need proof of this, simply visit the Museum of Enduring Beauty. You’ll get the chance to see and learn about the lengths people all over the world go to in order to look beautiful (according to their society and culture). This museum truly provides an interesting glance at the drastically varying beauty standards from across the globe. There’s everything from foot binding to lip stretching to corsets and tattooing. And you thought wearing eyelash extensions was taking it too far…

The museum is only one of the four collections comprising the larger People’s Museum in Malacca, Malaysia.